Article is still being written.

I have been wanting to build a fancy, gimicky clock for a while, and I believe lego is the way to go.

So, I envision the clock to be made up of four rings, with each ring consisting of 10 3x5 lego numbers. A coloured LED would be placed inside the ring, so that the numbers can glow. A ring would look something like this: 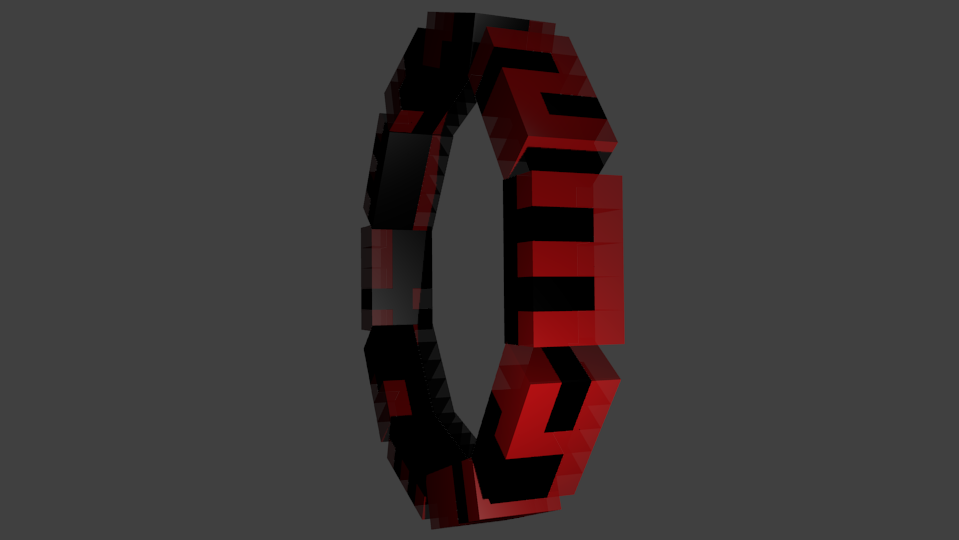